Every day you are given the opportunity to heal yourself, to let go of the past and the things that

Regrets cost a fortune, joyous moments…nothing. Which would you rather experience;

Humanity is precisely on schedule for its imminent awakening. God wills that humanity awaken, and humanity has made the collective decision to awaken, so nothing can prevent it. Do not be discouraged by the mainstream media reportage of bad news. Yes, of course people are suffering in wars and in dire poverty in many places on Earth, but this is nothing new, war and poverty have been endemic on Earth for eons. However, never before have so many cared compassionately about the suffering and poverty that those less fortunate than themselves are undergoing, and never before has so much been done to alleviate poverty and suffering, and to bring wars to an end.

The vast majority incarnate on Earth at this time are ready for enormous changes to occur to bring the way you live into line with the divine Will, which is…

The latest guidance from our friends, the Galactic and Angelic beings known as the Collective:
Greetings, friends! We are glad to have this chance to speak with you today.
You have, in this past week, seen more tumult in the form of violence in the beautiful city of Brussels.
And while some of you have reacted with a weary feeling that this sort of disruption will never end, far more of you have taken a higher road vibrationally, sending Love, Light, and calm, peaceful compassion to those who have suffered injury, shock, or loss.
And we would say, that this in and of itself is a beautiful and powerful sign of how much the Earth and Her people are changing.
The sort of good will, kindness, and support flowing into the country of Belgium now is a sign that far from feeling defeated, the majority of the human race are standing up to understand that all are One.
One community, One people, and increasingly, One consciousness.
You are not simply individual, broken-into-separate-pieces communities, easily managed and manipulated through fear and painful images.
You are increasingly the empowered, interconnected, loving Light Beings you came to Earth to become.
And the sight of that, even in the midst of the losses felt by any country, is a brilliant and encouraging sign indeed.
We shall go further than that: You have decided, as a race, over the past week, to stop being manipulated by the powers-that-were to the degree that though the word “terrorism” once wielded great power over you, you now see it as an end-able, finish-able, non-continuing event, rather than part of normal life.
And the reason for that, is that critical mass is on the horizon now.
The scales are ready to be tipped in favor of humankind’s realization that Love is all there is—the most powerful energy, and the only relevant one.

And that nothing you suffer here could ever mean that Love had ended, or gone away, or even taken a break for a few days.
There is none of that in your growing Light Consciousness, which sees only the beauty of joyful possibility in every person and every situation, and accepts all persons as perfect and all situations as temporary—part of the Universal flow toward greater Light.
Accepts them without struggle or remorse or regret, without feeling that it “shouldn’t be this way,” and seeing “no improvement.”
You are in fact seeing powerful improvement in Earth life.
And this week, when the US president visited Cuba and reaffirmed open friendship and cooperation between those two countries, he affirmed something for the entire world—that contrary to the pronouncements of the old order, everything has changed.
The old walls are coming down.
It is what those who created the tragedies in Belgium were hoping you would not see, but it is there, nonetheless, and you are seeing it.

Each day, the energies run more powerfully throughout your planet—the energies of cooperation, interconnectedness, and openness between cultures.
And the growing realization that no one need play the falsely created roles of master and slave any longer.
And so are you ready to lift your eyes beyond tragedy, above the divisiveness of those who claim to be leaders, yet who shout insults as they tear out their hair, claiming they are here to save you, when in fact, you are already saving yourselves?
Are you ready to release belief in your own “weaknesses” (you have none) and to love every bit of your own growing consciousness, your physical, etheric, and mental/emotional self—to release all that no longer serves your higher good, and the good of your planet?
The answer is Yes, and you know this, and all of us watching you with Love and encouragement of every kind also know it.
Do not tarry in argument of belief or opinion, in scenes of unrest or sadness, or in any of the myriad traps of desperation and fear laid for you by your old-structure media.

You know better! You are building a different world, a place well beyond what they have the training or the bravery to report.
You are the real journalists, telling the story every day with your joyful faces and loving, truth-filled voices.
And all who read the Light there know they cannot be mistaken—they have seen Life resurrected, when they least expected it, and they know it cannot be taken from them.

Namaste, brave ones!
You came here to usher in a New Era on Earth.
And believe us when we say, you are doing that very thing.
Copyright 2016, Caroline Oceana Ryan
If you repost, please maintain the integrity of this information by reprinting it exactly as you find it here, and including the link to this original post. Thank you. 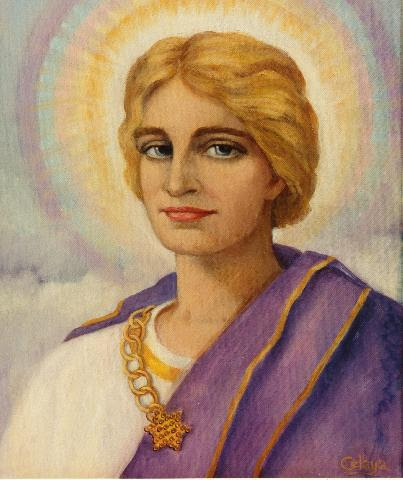 The world is moving into the process of renewal and regeneration. This can be readily seen in world events. All the outworn systems that do not serve the highest good of all are being highlighted through events that are taking place. It is difficult for humanity to comprehend that a higher law is in force when all that they see is chaos and a world gone mad. This is the time for which all Lightworkers of the world have been incarnated upon this planet. Your Light is making a difference!Do not become discouraged by what you view through the lens of the media, there is more at work in the higher perspective than is presented to you.

Within you there is much recalibration taking place. Like it or not, your physical vehicles are being transformed into higher versions of more rarefied form. Most of you are by now intimately experiencing waves of heat throughout your spines at regular intervals. When this happens, you know that your DNA strands are being activated and opened up. There are many strange symptoms that are being experienced by many of you and this will continue to occur. Some of you are experiencing anxiety without knowing the cause. This is in relation to the fact that you are heading into unknown territory and you do not know what it holds for you. Be at peace and ride these waves as they come, you will emerge victorious!

You are not alone in this transformation; the entire world is in the throes of great change. It begins in the minute cells of every living thing upon the planet and it is being felt internally. It is important as we have stressed many times before, to connect to the Earth each day. Stand upon the ground in your bare feet and take a few moments to breathe deep rhythmic breaths and give thanks to the Earth for sustaining and protecting you. This is something that humanity as a whole needs to become more aware of, for it is the Earth your planet that is your home. There is only one Earth and it needs acknowledgement and love from its inhabitants.

Each day ask your Divine Essence to shift your consciousness in order that you see your individual circumstances through the higher perspective. A higher connection to the divinity within you can make your way through life more peaceful and harmonious. This also develops the qualities of trust and courage within you. Trust that all that is experienced by you and your loved ones are happening for a higher reason and purpose. If we could share one most important piece of advice at this moment in time, it would be that you begin the daily practice of blessing. Bless every circumstance that you find yourself in and look within for the gift it contains. Bless the loved ones with whom you are experiencing challenges, for they are being the courageous souls who agreed to play this role in order that you learn your soul lessons and grow beyond them. They took this on because of their love for you.

Bless every bird, every animal, every tree, every plant, and living thing within your immediate environment. Realize that everything you see is the Source of All That Is in physical manifestation. This is practicing the highest form of love in action and it is what is needed now. Do not allow distractions to take you away from this practice. Realize and become aware of the cycles that are occurring on the planetary and seasonal level and work in unison with them. You are an integral part with all of it and your love helps to maintain and sustain it. In everything that occurs, choose love as your response.

Jesus Audio Blog for Saturday March 26th
We are all evolving spiritually because Creation, Reality is ever ongoing, there is no final destination, just a continual growth in joy and happiness that continuously uplifts and inspires. God, our Father, the Source, All That Is wills our happiness and joy and so it will be accomplished. Life within God, where all Life occurs, is an ever-expanding journey of joy. In contrast the human life experience is one in which you strive to accomplish something and on achieving what you intended soon find it unsatisfying, and so you seek something new to replace or supersede it. Satisfaction is impossible within the illusion, because nothing there is Real. Temporary pleasure or satisfaction does of course occur, but the pleasure or satisfaction cannot and does not last. Life is eternal, but human life is a very limited experience in which there is great striving…

While moving through your daily existence, remember that each person you come in contact with has their own agreement with The Universe. It is not up to you to understand what that